Wood burning stoves have come a long way since the first EPA emissions standards, but are they still a good investment? We'll walk you through the progression of the EPA standards and how new technology has transformed the industry. The road to cleaner, more efficient stoves wasn't easy, but manufacturers have succeeded in adapting the wood burning stove to today's high standards for efficiency and a clean environment. 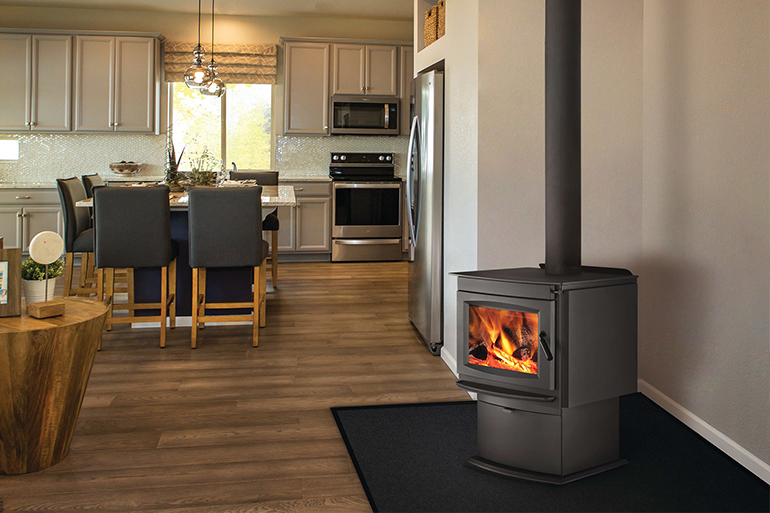 Pre-EPA Wood Stoves and Their Downfall

Despite the fact that wood stove refinement made noticeable advances from the late 1800s to the mid-20th century, the explosion of populations in city suburbs and the popularity of wood appliances led to a marked decrease in air quality.

Wood consumption increased proportionally. At one point, over half of the timber being harvested domestically was being used as wood fuel.

When operated at a high burn, these pre-EPA stoves produced relatively little smoke pollution. However, overnight or low burns required starving the stove of oxygen, promoting a low burning, smoky fire that would last through the night. These low burning fires led to high levels of smoke pollution (ranging from 15 to 30 grams of smoke per hour) as well as build up of creosote in chimneys.

The excess creosote frequently resulted in dangerous chimney fires, and since stove certification was not a universal requirement and not well understood, the combination was particularly dangerous.

By the time the late 1980's arrived, the air quality was so poor that some states began threatening legal action against the federal government and the EPA for their lack of action to address the problem.  Many manufacturers knew change was on the horizon and attempted to get ahead of the curve by employing new technology to make their stoves burn more cleanly. However, for many smaller manufacturers, it was already too late. 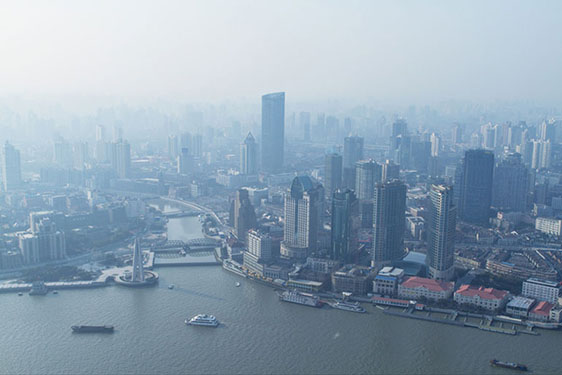 The pending threat of litigation forced the EPA to lay the groundwork for the 1988 Clean Air Act.  Also known as the EPA Phase I wood standards, this set of guidelines established not only the unprecedented emissions guidelines that wood stoves would have to meet, but also what is known as the New Source Performance Standards (NSPS). These standards cover the exact testing procedures, and required test fuel and test circumstances for each new appliance.

The strict regulations were a major blow to the wood stove industry. Most of the smaller companies lacked the engineering budget to meet the new standards and hundreds of manufacturers went out of business. Otherwise solid products could no longer be offered to the public, even if they were among the least polluting of the pre-EPA models.

The companies that remained went through a series of regulation phases from 1988 to 2015 that revolutionized the industry and stimulated the development of increasingly cleaner stoves.

Since 1988, the EPA emissions guidelines have gone through three different stages, with a fourth stage scheduled for May 2020. 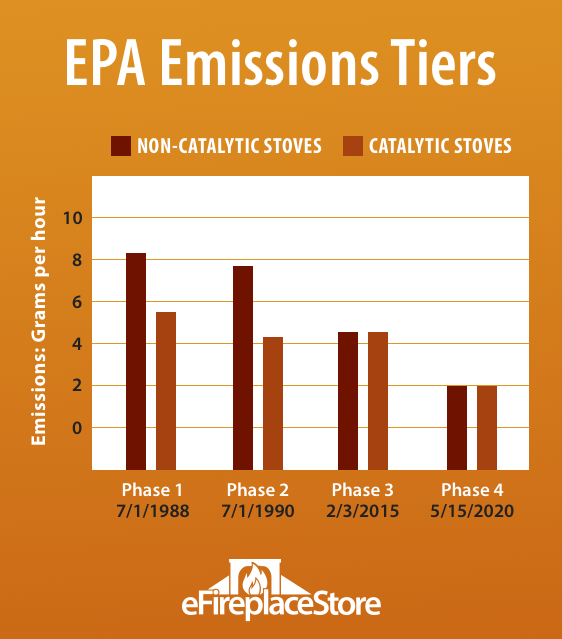 Phase I standards went into effect July 1st, 1988.  Manufacturers and dealers had until July 1st, 1990 to sell their inventory of non-EPA models.

Prior to the first wave of regulations, stove manufacturers had begun to develop catalytic stove models and non-catalytic re-circulation technology that limited the amount of pollution released during a burn. Compliance with the new EPA standards forced manufacturers across the nation to rely on the new technology to achieve cleaner operation.  Non-catalytic models were limited to an 8.5 gram per hour burn average, with a 5.5 gram per hour average for catalytic models.

As the standards went into practice, many more stove manufacturers tried and failed to meet the standards.  Many found that the cost to make a compliant stove left them with very little profit margin. Yet despite this gloomy scenario, the manufacturers that did meet the new standards and were able to maintain profitability found that there were upsides to the situation.  The new stoves burned longer on a single load of wood, allowing customers to spend less money on fuel. Many consumers found that the savings on fuel mostly outweighed the higher cost of the EPA wood models.

An immediate difference in air quality was not observed, since the new regulations caused wood stove sales to decline sharply. Customers continued to use pre-EPA models, and many assumed that the new models were inferior to the old. Not until the early 90's would reports of positive customer experience with the new EPA wood stoves start to trickle in. By this time, it had already become clear to manufacturers that utilizing recirculating stove baffles and catalysts in new stove models would be the way of the future.

Phase II standards went into effect July 1st, 1990.  Manufacturers and dealers had until July 1st, 1992 to exhaust their inventory of phase I stoves.

As more time passed after the Phase II regulations went into effect, it became clear just how effective the changes had been.  Millions of dollars a year were being saved on wood fuel, along with increased customer satisfaction and safety.

The program was such a success that when the first EPA revision came about on July 1st, 2000, no changes to the program were made.  However, development of stove technology did not stand still. What was once an alien technology became a competition between manufacturers for an ever more efficient wood stove. Recirculation systems, baffles, combustion chamber shapes, and insulating materials were all studied and tested rigorously, resulting in better and better stoves.

Even with the newer standards in effect, some states took it upon themselves to set even stricter standards, with Washington leading the way.  In an effort to improve air quality even further, a new 4.5 gram per hour limit was set by the state. The standard was also adopted by several municipalities and the increasing popularity of the standard led the EPA to eventually match it with their Tier III regulations.

Starting on February 3rd, 2015, all new wood stoves were required to meet the 4.5 gram per hour standard. In reality, many manufacturers had already exceeded the requirements by several grams per hour.

Phase IV of the EPA standards, also known as the final stage, is slated to go into effect May 15th, 2020 (although the date may change based on collective manufacturer requests).  This final tier will see stoves needing to meet a 2.0 gram per hour output using EPA certified test cribs, or a 2.5 gram per hour output when burning a traditional load of wood. Based on the current rate of development, it is unlikely that manufacturers will have much difficulty meeting the standards.

The Future of Wood Burning Stoves

Some wonder if the EPA will eventually ban all types of wood burning stoves, but the incredible reduction of emissions due to regulations makes it highly unlikely that there will be any reason to ban such appliances in the foreseeable future. Although local municipalities will likely continue to place restrictions on open fires, EPA appliances produce far less pollution than their predecessors. Coupled with the relative stabilization of the hearth industry and the shift towards an increased use of gas fueled appliances, the overall output is decreased even further.

The real threat toward long term use of wood burning appliances in general will be cost and availability of cut and seasoned fuel logs by region. EPA models are not designed to burn most softwoods and manufactured logs, so a medium to high density wood fuel should be sourced. Access to hardwood forest stands is limited in some areas by land ownership, while other areas in the southern and mid-plains states have limited supply of mid to high density woods. There is also a decreasing number of individuals that choose to participate in firewood supply as a source of income, due to declining labor to profit margins.

Sourcing of hardwood by region varies. In the south, it can be more challenging to source suppliers of hardwood due to a greater density of pine and other softwood species. This is not as much of an issue in other parts of the country and many arborists and tree services will often have ample supplies of wood at a reasonable cost, however, it is often not split and will need to be prepared and seasoned before use.

The future challenge will be for manufacturers to continue production of environmentally responsible stoves that can operate effectively on lower density woods. However, even with this obstacle, it is unlikely that EPA appliances will out of favor over the next few decades.

How the EPA Guidelines Affect You

A few states have regulations that are even stricter than the current EPA regulations. You can contact your local Department of Environmental Quality to confirm that your stove is approved by your state. It is possible to legally sell and own non-EPA approved stoves, however, these must still be compliant with state or city air quality laws.

Stoves that were EPA certified in 1988 will carry their certification forward, regardless of new standards. This mirrors how emissions standards for automobiles manufactured in a given year are not held to newer and more strict standards. You can check to see if you own an EPA approved stove by looking for the permanent metal EPA certification label, or by looking up your stove on this list of EPA certified wood burning models.

With regard to environmental impact, the phase I and phase II stoves are significantly cleaner than the old, pre-EPA stoves, and the newest models release less than a tenth of what the old models emitted. Overall, the advancements in technology succeeded in making wood burning stoves a safe, efficient, and environmentally responsible choice for your home. 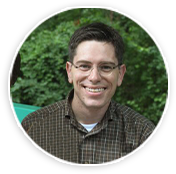 Approaching his 10-year work anniversary, Collin is one of our National Fireplace Institute (NFI) certified technicians and content manager for the eFireplacestore, eCanopy, and EliteDeals brands. He is a Master Hearth Professional, which means he is certified in all three hearth appliance fields — wood, gas and pellet.

When not at work, he spends time with his wife, Lindsey, and his sons, Samuel and Eli, on their ranch enjoying their many animals. Completing projects around the ranch and spending quality time with his family are among his greatest joys.

All customer questions are answered by our NFI Certified Specialists free of charge!
3 Questions & 3 Answers
Ask a Question
Glen
from Bedford PA asked:
October 15, 2021
Are there wood/coal combination  stoves and what standard would apply?
1 Answer
No, due to new EPA 2020 standards we no longer offer any wood and coal stoves.  We do have a couple of coal stoves that are EPA exempt, but these are not permitted for installation where EPA 2020 requirements are enforced.
Submitted by: Tyler M. - NFI Master Hearth Professional on October 15, 2021
Most Helpful Answer


Answer
Joe
from Kelso, WA asked:
May 1, 2020
Does the 2020 regulation require all wood stoves sold after May 15 to meet the 2.5 gm/hr emissions or those manufactured after after May 15?
1 Answer
Retailers have until May 15th to sell all non-compliant wood stoves.
Submitted by: Will M. on May 4, 2020
Most Helpful Answer


Answer
Need Help?
EPA Emissions Guidelines and the Future of Wood Burning Stoves and Fireplaces
Categories
Testimonials
Sign Up for our Newsletter
test
+